I will have the following sheep at Jefferson available for sale:

WhitePine Nastro Azuro - white horned ram lamb - WhitePine Roman x WhitePine Neriah. Probably one of the best matings I've ever had. I love this ram more and more and will keep him if he doesn't sell as he is that nice.

WhitePine Nesse's Monster Mash (M&M). He was sold to upstate New York but plans fell through so he is available. He is a horned gray katmoget with spots at birth. He could be homozygous katmoget but don't know unless test bred. His fleece alone is worth trying him out. He'll stay too if not sold.

WhitePine Negra Modelo - black horned ram - WhitePine Roman x ShelteringPines Nirvana. Nirvana has produced 5 outstanding ewe lambs that I"ve retained them all. I don't think NM will be as fine as his sisters but he's still a handsome boy.

whitePine Calvinus - gray katmoget horned ram - WhitePine Caiphas x WhitePine Centennial. Not ideal half brother/sister mating but the results were absolutely amazing. When you see him you'll understand why. He's a bit younger than the rest as he was a result of the clean up ram in with the ewes, but he's a great ram lamb worth consideration.

Also two black ewe lambs WhitePine Fiji (WhitePine Roman x White Pine Festus) and WhitePine Raffle (WhitePine Barnabas x WhitePine Rush). Both are double F2s and will have a 5-6" staple length with more tip than I like, but very worthy of being bred.

Also will have a 2 year old F1 Holly fully horned ram available. His transport to Maryland fell through and will be available for sale.
at September 05, 2011

Email ThisBlogThis!Share to TwitterShare to FacebookShare to Pinterest
Labels: ewes for sale, rams for sale

With my work load continuing to pile up, and less time to spend with the sheep, I am offering the following: My entire flock of BlueFaced ...

Ramsay Farms is situated in the northeastern part of Ottertail County, near Perham, Minnesota. This family farm of 320 acres has been in the Ramsay family for five generations, dating back to 1892. Today our farm prides itself on our Simmental cattle, Shetland Sheep and BlueFaced Leicester sheep. We strive to breed animals that closest match the breed standards given to them, and mindful of production, health and longevity in our animals as well.
In spring of 2016, there was a purchase of 32 acres in Green County, Wisconsin to accommodate Garrett for his work in that region. The animals have for the most part been moved to that location. Both locations will work in tandem to continue educating and promoting these animals and this way of life. 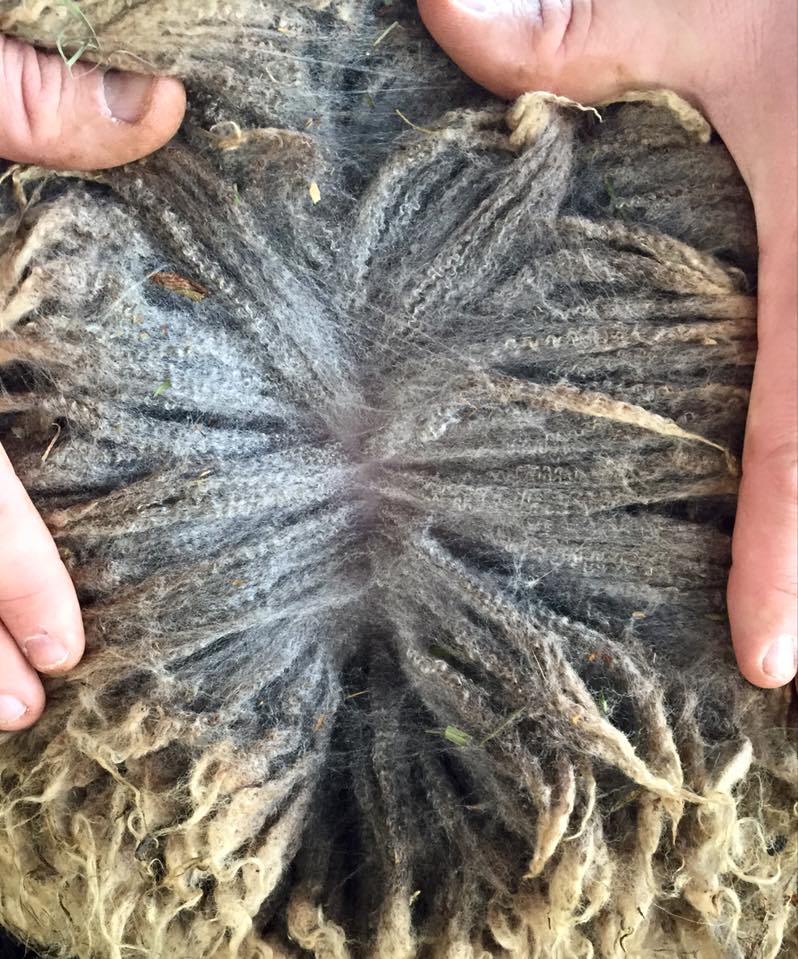 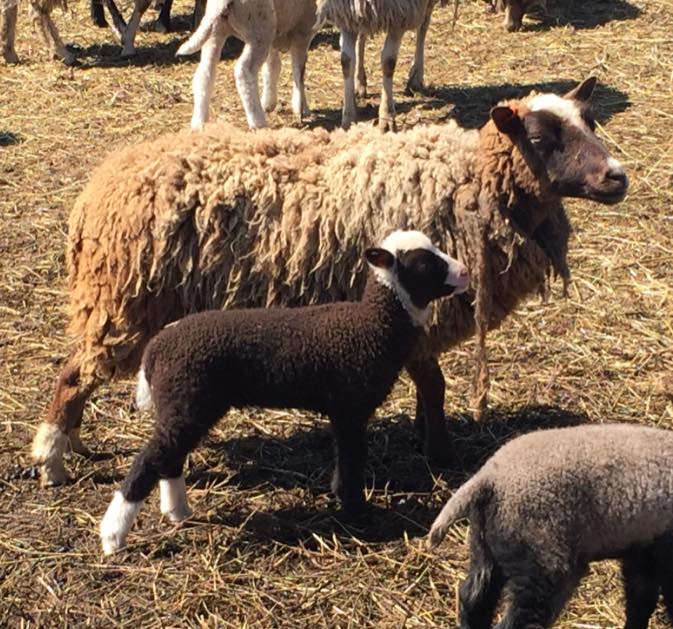 From the Shetland Sheep Society

"Shetland sheep have for generations been noted for their very soft and well crimped fleece. The wool is the finest of all native breeds and shows an amazing variety of colours and patterns. There are 11 main whole colours and 30 recognised markings.

By selecting from coloured fleeces a range of naturally coloured yarn can be produced. This eliminates the need for dyeing and therefore retains the soft feel of the natural fibre and is favoured by those who prefer a totally natural approach.

Shetland wool fibres are of a simple construction witha central cortex covered by a thin scaly cuticle, and have an average diameter of about 23 microns. However there is a range from 10-20 microns for neck and shoulder wool to 25to 35 microns for britch wool. the average staple length is 3.5 inches. The amount of crimp varies, and is most important in providing the 'bounce' required for knitwear. There is a positive correlation between fineness and crimp, with wool of the finest quality being crimped at between 8 and 12 to the inch. Wool from shetland sheep is used to produce gossamer lace, the famous 'Fair Isle' knitwear, and fine tweeds. Pure bred Shetland sheep tend to shed their fleece in sprin. The growth of new fleece can cause a rise or weak point and where this is present the fleece can sometimes be plucked or 'rooed' by hand. The timing of this can be different in each sheep, however, it is worth taking the care to get it right as rooed fleece can be amongst the softest because the fibres have no harsh cut ends as occurs with a sheared fleece.

Shetland fleece can be handspun straight from the fleece or made into rolags and then woollen spun. It can also be sorsted spun by hand, used on a peg loom or handwoven. It also felts well using either dry or wet methods. When processed commercially the wool can be made into the finest lightweight worsted cloth or heavier weight, harder wearing fabrics and tweeds." 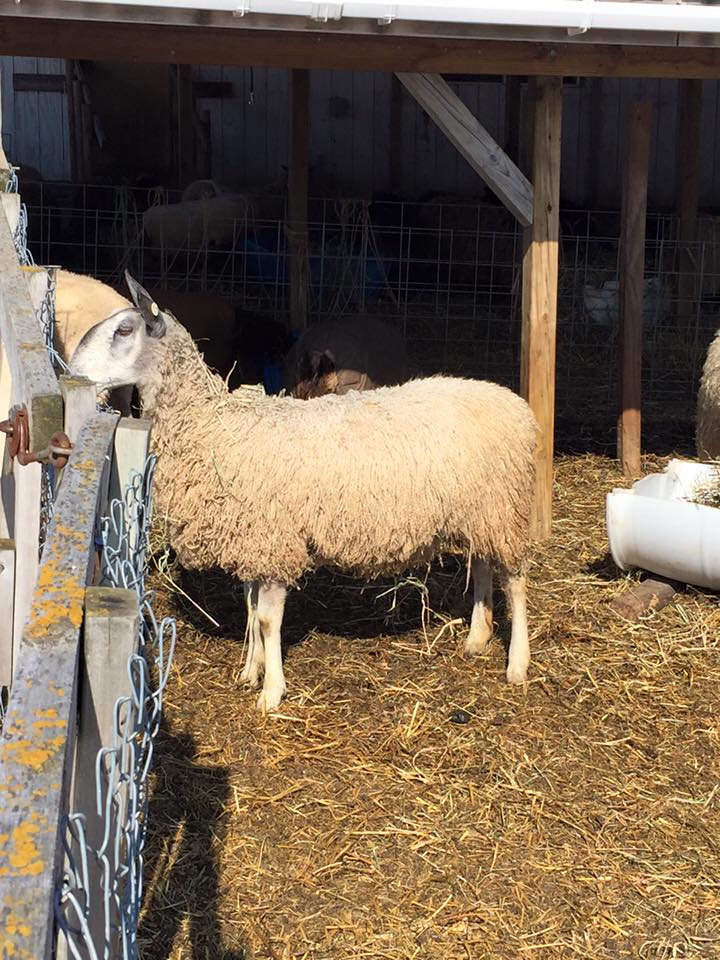 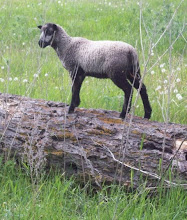 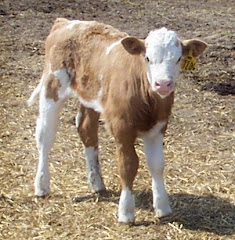 Other sheep and animal blogs